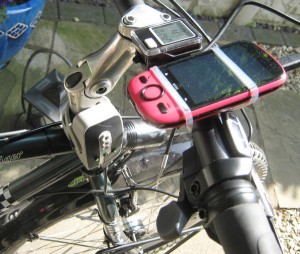 The hub dynamo, once seen as a poor cousin to battery powered lights, is making a come back and not just for shopping bikes.

New technologies mean that the problems associated with older style dynamos are no longer an issue.

Good, modern lighting systems don’t burn out at high speeds as older dynamo lights used to, and they can now continue to emit light even when you are moving slowly or at a standstill. My lights burn brightly enough for me to be seen for up to 5 minutes after I’ve stopped.

Having such a system doesn’t just mean that you save money, resources and the environment by not using batteries. It’s just so convenient not having to even think about batteries, buying them, worrying that they might be about to run out, that you’ve forgotten to bring spares, or having to keep remembering to recharge them and having to recharge them for hours and hours every week.

There’s another advantage I discovered recently too. The power generated from the turning of the wheel can also be used to power a mobile phone, ipod or global positioning system (GPS). To power such devices from the dynamo you need a kit that regulates the charge. There’s a few systems on the market (apparently) though finding suppliers for most isn’t easy. The exception is the BioLogic Reecharge Power Pack.

They are primarily aimed at the iphone market but come with a variety of adapters for other phones and devices. I understand that most mobile phones in the EU are now micro USB and, unfortunately, the Reecharge doesn’t come with a micro USB adapter but you may find that your phone cable has a mini USB at the other end, as mine does, so you can use this instead of the cable supplied. Failing that, you can buy a mini to micro USB adapter for a few pounds.

If you happen to have an iphone then you can get a special case to mount it on your bike’s handlebars, and you can download the free BikeBrain cycle computer application that provides GPS navigation, information about your speed, distance covered and altitude. 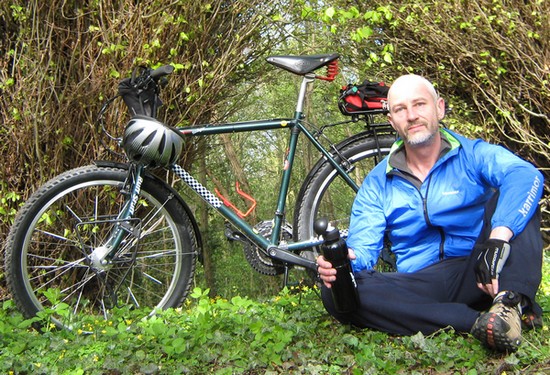 The only thing that might be considered a downside (in the short term) is the cost. My Shimano DH-3N72 dynamo hub and Mavic wheel cost around £135. My Supernova E3 Pro lights cost £135 though they are top of the range, being ideal for both town and country use, so you could get much cheaper ones (less than £50 if you shop around) like those made by Busch & Muller. The BioLogic Reecharge Power Pack costs around £75. So, if you were to go for it now, taking advantage of that Fatbirds deal, the whole shebang would cost around £200.

Sound’s like a big outlay huh! Well, it’s worth remembering that, with reasonable care, the hub dynamo and wheel should last decades. It’s also worth considering that for a comparable quality of rechargeable lighting – Lumicycle’s for example (includes a headlight, rechargeable battery and charger) the starting price is £200, yet the battery only lasts around 3 years with a replacement costing £80. Even cheaper end AA NiMH batteries will only last about three years and cost £10+ to replace each time. Over 20 years that’s easily £60 to £70 plus you still have to buy lights, a charger and go through the faff of recharging. AND you still don’t get to charge your phone!

Nope, dynamo power is definitely the way to go green, be seen and stay on the scene with your pedal powered, portable communications machine.

About the author: David North is a freelance writer who has published on both cycling and sustainability. He also keeps a blog about his cycling adventures around Britain. 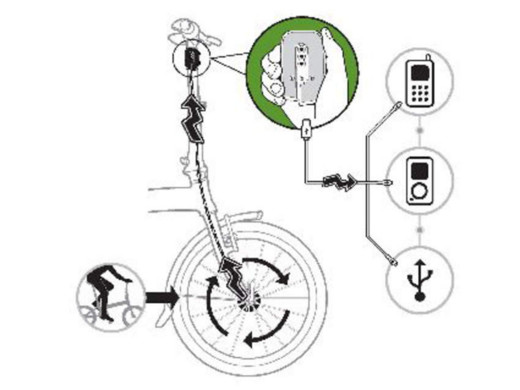