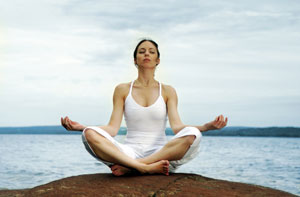 I’m a week late with my hayfever update. If you remember, I’ve been trialling the Qu Chi Acupressure band.

Three weeks into the hayfever season and it’s been an appalling week. To be fair, I STILL have a 60% reduction in symptoms such as virtually no itching eyes, no violent sneezing fits but this has been undoubtedly the worst year for sleepless nights.

By Thursday last week I thought I was going to lose it. Three hours per night of sleep is not funny and I was feeling dizzy and disorientated throughout the day, not to mention the worst Mum / wife in the world for being irritable and snappy.

Sleep deprivation is surely one of the cruelest things to endure.

Last week, if you remember, we were having a shower before bed to wash off any pollen, I was burning a steamer in the bedroom with eucalyptus in it, I was using haymax AND Mr Green was giving me a massage every night, working the sinus areas of my feet. It worked about 50% of the time for a while, but this last week the effects just haven’t been the same. By Wednesday I told Mr Green not to bother with the massage – it was simply a waste of his and my time.

I had a reflexology treatment focusing specifically on the areas for face and allergies etc and had the worst night ever. “That’s good!” I thought, envisaging a ‘healing crisis’ and looking forward to a better night’s sleep from then on in. Unfortunately that did not happen.

Then I remembered something I used to do when pregnant and breastfeeding and started to meditate again. It is said that 20 minutes of good meditation is worth 2-3 hours of sleep. Since last Thursday I have been meditating for 20 minutes twice a day. I’m not going to pretend I’m hopping about like a spring bunny, but I do feel more in control of what is happening and more positive.

The reality is, in a week or so this will all be over for another year, but I don’t mind admitting the whole ‘hayfever thang’ has got me down this year.

I believe in looking at the deeper meaning in things and trying to figure out the positive benefit of any body- mind conditions we manifest. But this one stumps me.

I mean, I LOVE nature – love the trees, grass, flowers, bees and nature just amazes me with her power and regeneration, but I feel like it doesn’t love me right now. We’re totally incompatible and that makes me sad. It’s a bit like unrequited love – painful right?

No doubt, as a child I had lots of attention for getting hayfever. I did get it very severely – my eyes would be almost shut where they were so swollen and I would down the drugs like they were sweets, but I really don’t need that attention anymore. I’m a grown woman, I can ask for my needs to be met now.

So, despite a bad week, a big thumbs up for the Qu Chi band still. I hate to think how I would be if I were contending with bad eyes and those tiresome sneezing fits as well as lack of sleep. Andrew suggested I wear a band on each arm to step up the intensity of the treatment, but it didn’t have any effect.

Never mind, only a week or so to go.  If you want a Qu Chi acupressure band of your own; quote ‘GREEN’ at the checkout to get a 20% discount.

Which remedy for hayfever do you find to be most effective?