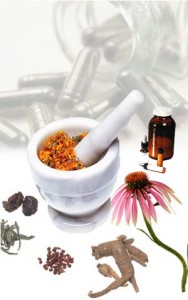 British supporters of homeopathy, including GPs, medical experts, MPs and patients, are disappointed by motions carried against homeopathy at yesterday’s conference of the British Medical Association in Brighton.

Many supporters of homeopathy gathered in front of the Brighton Centre with banners and placards to let doctors know how much they value NHS homeopathy which has improved their health.

The motions specifically demand that NHS funding for homeopathic remedies and homeopathic hospitals is banned and that there should be no homeopathic training posts available in NHS hospitals.

Dr Sara Eames, President of the Faculty of Homeopathy, the organisation which represents doctors that practice homeopathy stated, ‘I am shocked and disappointed that my profession’s trade union should pass these motions without consulting doctors who practice homeopathy or allowing them to participate in the debate. There is a growing evidence base for homeopathy with far more positive than negative trials, increasing laboratory evidence and most importantly of all the large numbers of patients who have been helped by homeopathy when all other treatments have failed. What will happen to these patients now? Is patient choice to become the domain of the wealthy?’

Homeopathy on the NHS

Homeopathy, which has been available on the NHS since the formation of the health service in 1948, is an extremely small part of the NHS budget, with homeopathic medicines making up 0.001% of the NHS drugs budget. Hundreds of doctors throughout the UK practice homeopathy, providing approximately 60,000 patients with homeopathic care through the NHS. Without access to NHS homeopathy these patients would be referred to more expensive specialists and be prescribed more costly conventional medicine.

Television presenter and former tennis star Annabel Croft said: “I’m shocked to hear that treatments that benefit tens of thousands of people across the UK are under threat as Homeopathy has been proven to work for a wide range of ailments. The option to choose a more holistic approach to medicine should not be taken away from millions of potential patients who could benefit.”

“While this country grapples with serious challenges in funding the NHS amounting to billions of pounds, the BMA is choosing to launch an unfair attack on a field of treatment that helps thousands of people in a very cost-effective way”, said Cristal Sumner, Chief Executive of the British Homeopathic Association. “It saddens me that the BMA with no consultation and only 10 minutes debating time decided to pass motions that could have a hugely detrimental effect on the millions of patients and thousands of doctors that use homeopathy. I hope the government has more sense and concern for patients than to endorse these recommendations.’