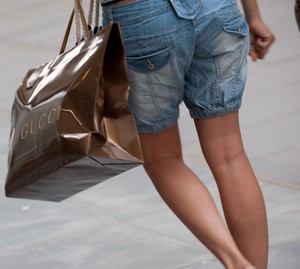 After a three-year, undercover investigation by Greenpeace, it’s been discovered that Brazil’s booming cattle industry – which is the single biggest cause of deforestation in the world – is linked to some of Britain’s biggest brands and the destruction of the Amazon rainforest.

In addition, the Brazilian government has offered billions of dollars in loans to support the expansion of the cattle industry, which undermines Brazil’s claims to be reducing deforestation, and jeopardises international efforts to protect the Amazon.

The new Greenpeace report, entitled “Slaughtering the Amazon”, tracks beef and leather products on their journey from farms involved in illegal deforestation and in some cases slavery, via giant processing facilities to the supply chains of global brands such as, Tesco, Adidas / Reebok, Nike, Clark’s, BMW, Carrefour, Eurostar, Ford, Honda, Gucci, IKEA, Kraft, and Wal-Mart.

Destruction of the Amazon

“Running shoes, handbags and ready meals aren’t normally associated with rainforest destruction and climate change, but we’ve found a smoking gun. This new evidence shows how UK companies are driving the destruction of the Amazon by buying beef and leather products from unscrupulous suppliers in Brazil. These products are ending up on our shelves.”

What about you? Will this change your shopping habits in the future, or does information like this lead to more confusion and apathy?